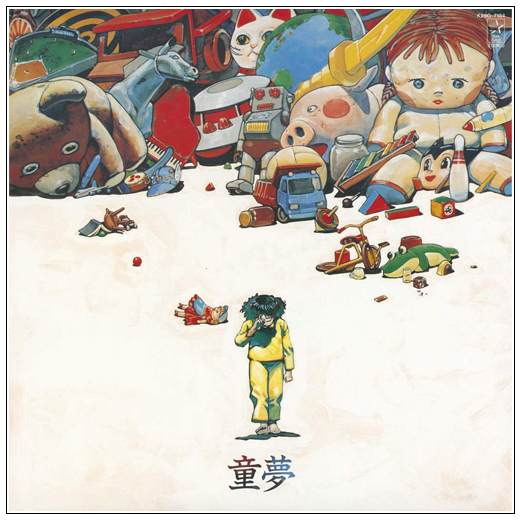 Released originaly as an LP by King Records in June 1984. The original soundtrack of Dōmu (童夢)  a manga written by Katsuhiro Otomo in 1980, has been re-released 35 years later in CD format.  The CD maintains the same design characteristics as the LP but in a smaller size. The release features the same cover illustration by Otomo and includes a talk between composer Kazuhiko Izu (伊豆一彦 ) and Otomo. Disc Union stores have even created a special red obi that mimics the one that the LP included back in the day.
CD DETAILS 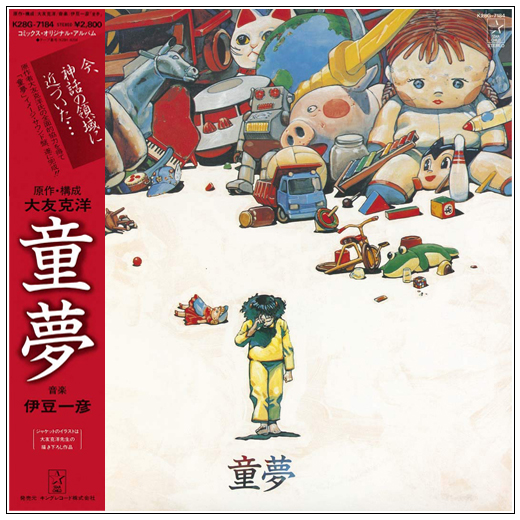