The fashion brand SUPREME and Katsuhiro Otomo will collaborate in this fall winter collection that features original drawings from the manga AKIRA. Supreme has interviewed Otomo and he has share some insights on the creation of AKIRA. The collection will drop online and at Supreme’s New York, Brooklyn, LA, London and Paris locations November 2, and will hit Japanese stores on November 4. The collection will include T-shirts, pull overs, pants, hats, diverse accesories and skate boards featuring Tetsuo, Kaneda and company.  Today also, AKIRA was released  in the US in a brand new 35th ANNIVERSARY BOX-SET in english language.

Otomo's comments on AKIRA
How I got to do AKIRA is a very long story. I told the publisher I was doing a science fiction story. The publisher opposed but eventually ran my sci-fi piece. It had a good response. When I did Fire Ball I was given 50 pages. 50 pages was far from enough... I wanted to tell that story right and that became AKIRA.

In the story Tetsuo takes drugs. He becomes so self-destructive that he loses himself. Young people go berserk on impulse and eventually destroy themselves. It's about motorcycle gangs, rock musicians and punk rockers. You know how they all die young. I wanted it to be about the marginal members of society. It's society's outsiders, those who don't belong, who are more intriguing to draw.

Like we did, young people today should find their own way. It's not for us to say. They wound't listed to us anyway. That's how it goes. 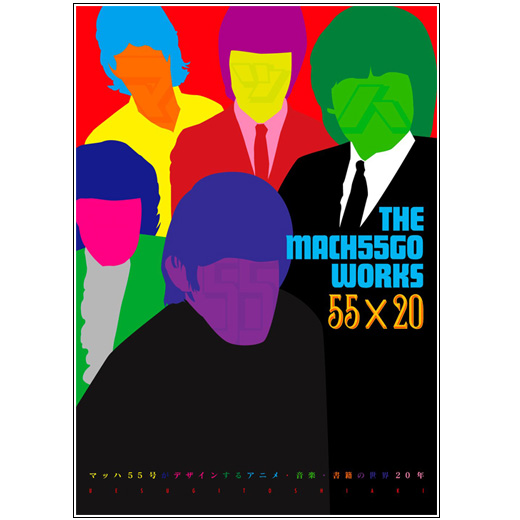 This book collects the graphic design works of the long time Katsuhiro Otomo collaborator Toshiaki Uesugi (上杉季明) from MATCH55GO. For 20 years he has work in projects such as AKIRA DVD and blu-ray releases, STEAMBOY, MEMORIES, Mobile Suit Gundam, Space Dandy, Gurren Lagan and with artist such as Katsuhiro Otomo, Takkyu Ishino (石野卓球) and Tokyo Ska Paradise Orchestra ( 東京スカパラダイスオーケストラ) among others.
You can follow Toshiaki Uesugi in his instagram account @mach55go and check his works in the official site of MACH55GO!
BOOK DETAILS
Publisher: Pie International (パイインターナショナル)