KINO ROTTERDAM has screened AKIRA inside its TOKYO STORIES series and this interview was shown before every screening of the film. The interview was done when Otomo visited the Museum Boijmans Van Beuningen for the INSIDE BABEL exhibition.


Interview by Tom Mes
Q: It is the 30th anniversary of AKIRA

A:AKIRA? Thirty years old? I am very pleased that it is still so popular after thirty years. But for me it's a closed project. But despite the fact that it is a closed project... I made a manga from the story. I made an anime, so it's closed for me. But I am still being asked for projects related to the film AKIRA. That still surprises me and makes me proud too.

A: Part 2? People talk about it. But I can't say anything about it.

Q: Can you tell something about the animation process? It is such a beautifully detailed work of art. And specifically about the design of Neo-Tokyo.

A: I created the city based on what I have seen. I live in Tokyo myself, but I've been to New York and Paris. I have translated all those things that I have seen into animation. In addition, the weapons and motor, for example, I based on things that were on my desk. I have linked different things together and that's how things came about.

Q: The film is very futuristic but the story and the characters are influenced by the politics and society of the sixties. Does the contemporary social and political climate, both in Japan and across the world, have an impact on you and your work?

A: It is a very different political climate at the moment than if I had made AKIRA. There were other things going on then. The global situation will always have an impact on my work.
Comments talks & interviews Kino Rotterdam 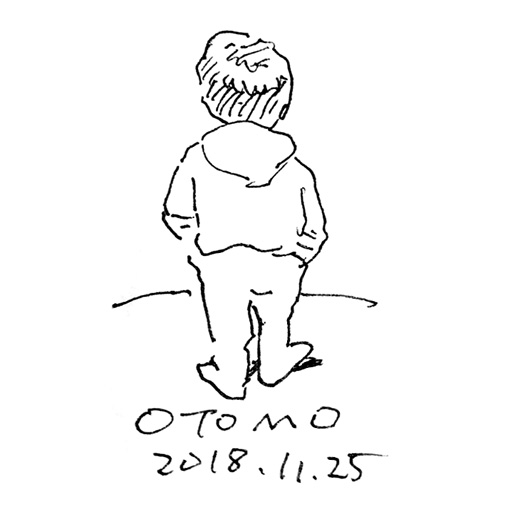 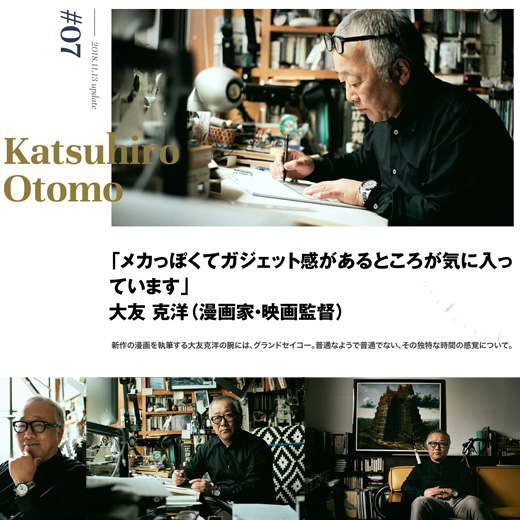 GQ JAPAN and Grand Seiko are running a series of promotional interviews with professionals of a variety of mediums about how they see the Grand Seiko watches. Katsuhiro Otomo was interviewed in his studio where he is working on a new manga. You can read the interview in Japanese in its entirety in the official site: https://gqjapan.jp/special/grand-seiko2018/interview07
Comments talks & interviews GQ Grand Seiko

●INTERVIEW● MEMORY OF THE BIG Shogakukan's Big Comic (ビッグコミック) magazine is celebrating its 50th anniversary and in this issue continues with a series of interviews as a celebration. In this 22nd chapter, Katsuhiro Otomo talks about his thoughts on Big Comic and the influence from Tetsuya Chiba (ちばてつや). The magazine is also celebrating the BIG COMIC 50th ANNIVERSARY EXHIBITION (ビッグコミック50周年展) in Kanagawa, Kawasaki city civic museum open until January 14, 2019.
MAGAZINE DETAILS 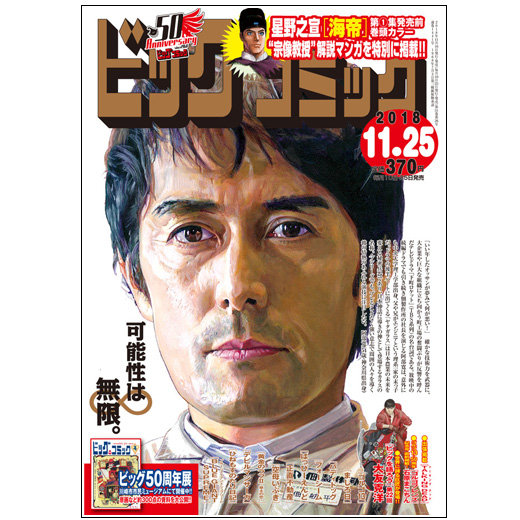