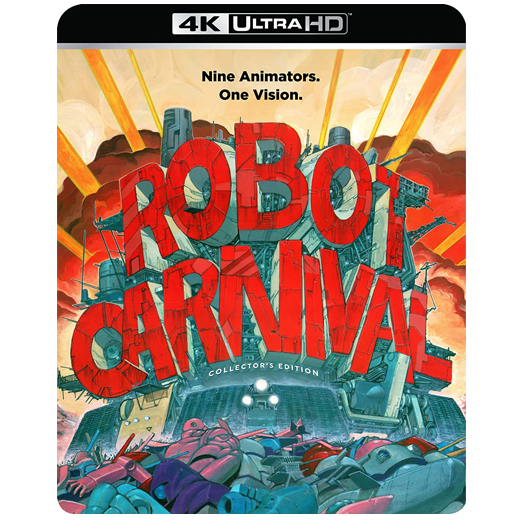 Discotek Media has released in the US the first ever edition of ROBOT CARNIVAL (ロボットカーニバル) in 4K UHD Blu-ray format. Previously released on Blu-ray in the US, as a widescreen, high-definition presentation created from the original film materials, this new edition also includes the 4:3 version of the movie for the first time ever. Unfortunately the three wide screen presentations included in the previous Blu-ray, art galleries and standard definition content were left out due to the lack of compatibility with the UHD blu-ray format. Disckotek Media made a chart comparing both editions. 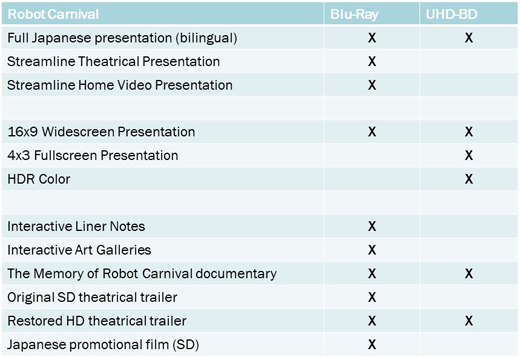