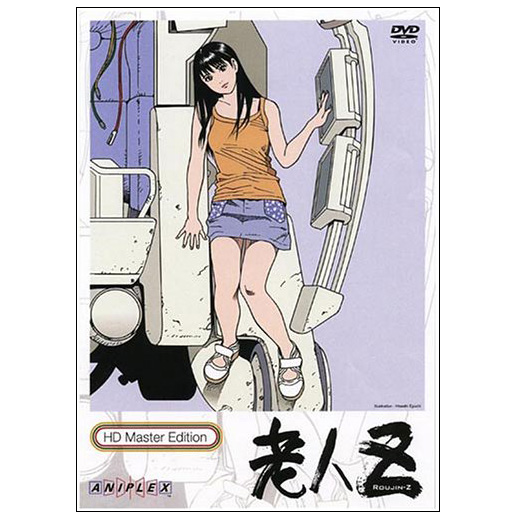 Roujin Z (老人Z) was released today in DVD in a newly remastered edition from the HD 24P source that takes advance of the progressive video, offering a crispier image in selected DVD players and monitors. This animation movie directed by Hiroyuki Kitakubo (北久保 弘之) was released originally in Japan in 1991and it's an original story by Katsuhiro Otomo (大友 克洋) who was as well in charge of the script and the mechanical designs that featured in the movie. Those designs are collected in the pages 110 to 115 of the art book KABA 2. The story was also adapted to manga with the title ZeD.