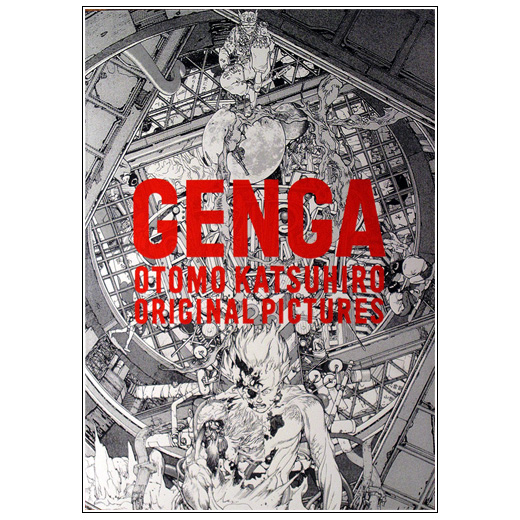 The official book of the recent Otomo Katsuhiro Exhibition GENGA-TEN where, for the very first time, the original illustrations and comic works drawn by Katsuhiro Otomo will be exhibited.
BOOK DESCRIPTION

The complete works of Katsuhiro Otomo, one of Japan’s most celebrated manga artists, spanning his debut to the present. Katsuhiro Otomo is one of the most respected and influential Japanese artists/storytellers in the history of modern comics. He has also worked extensively in animation including his own, hugely successful adaptation of his epic manga, Akira, which is widely considered to be a pinnacle of the form—a work of astonishing power and visionary scope, with unsurpassed artistry. This book is a catalogue for his first major exhibition, GENGA, which included his original drawings from his debut to the present, held in Tokyo from April 9 to May 30, 2012. The book contains full-size illustrations of all the works featured in the exhibition, as well as preliminary sketches, production drawings, and the domestic advertising pieces that are rarely seen outside of Japan. The book also contains interviews and conversations with some of the most famous Japanese film directors and manga artists, such as Akira Kurosawa, Sogo Ishii, and more.