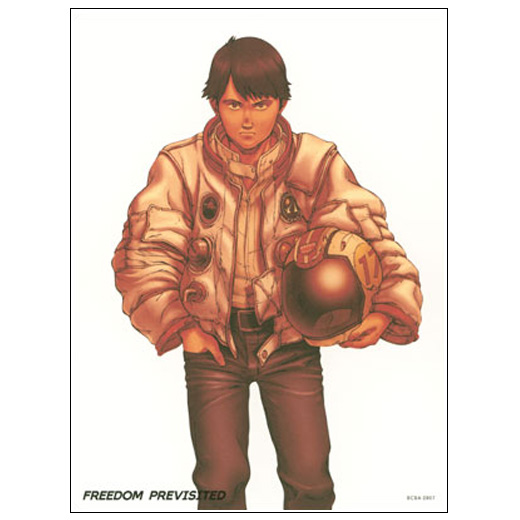 This DVD was released as a preview of the upcoming animation FREEDOM that will be released in DVD periodically later this year. This DVD contains TV commercials, trailers a making of featurette and a 20 min long prologue to the series in which Katsuhiro Otomo was involved in the planning stage and storyboarding. FREEDOM is a Original Video Animation (OVA) Directed by Shuhei Morita (森田 修平) that was developed together with NISSIN to promote their CUP NOODLES. The serie consist in seven 25 minute episodes that were released on DVD from 2006 to 2008. Katsuhiro Otomo was involved as the character and mechanical designer of the series.