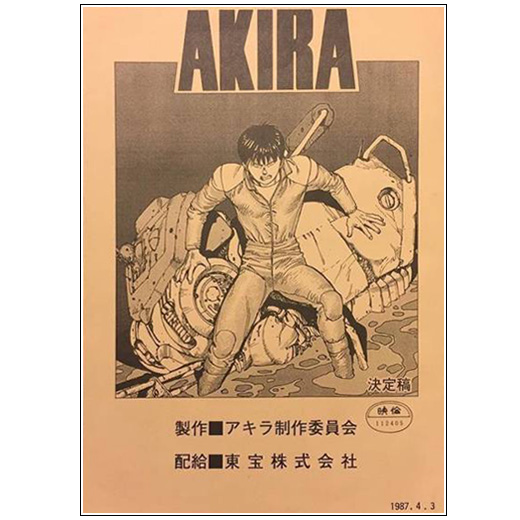 Dialogues featured in the animation film AKIRA were recorded prior to finishing the animation process, something not common in Japanese animation. That is why this script has many diferences with the final film. This book was never released commercially.
BOOK DETAILS
Publisher: Akira Committee
Release date: 1987-IV-3
Language: Japanese
Number of pages: 146
Size: -
1988 - AKIRA AKIRA Books Screenplay