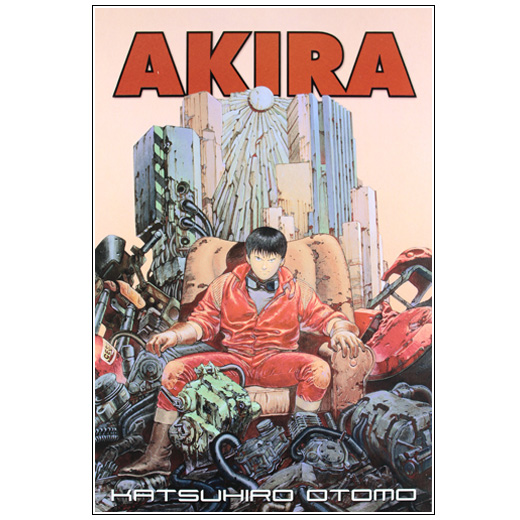 Norma editorial has released in Spain a folder that includes six thick paper posters featuring original illustrations by Katsuhiro Otomo back from the day AKIRA was being serialized in Young Magazine. The illustrations comprehend the cover illustrations of AKIRA volumes 2, 5 and 6, the regular and Special Collection Laser Disc covers and the illustration used for the poster to promote the release of the soundtrack of the animation film AKIRA. Each poster comes with a thinner protective kind of paper, featuring another six great black and white illustration works by Otomo.