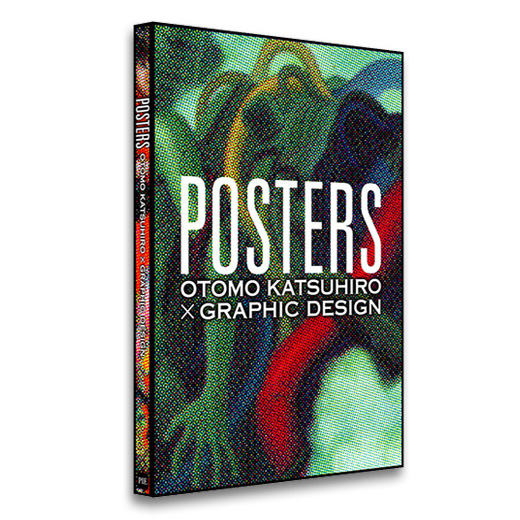 PIE international has released today a a compendium of the posters born from the collaboration of Katsuhiro Otomo and various graphic designers throughout the years . The works included range from promotional posters of Otomo's main works such as AKIRA the seminal manga and the movie to a variety of companies publicity posters. This big size full color book is the second Otomo related publication by PIE, being the first the 2012 published Otomo Katsuhiro's Genga-Ten exhibition catalogue.

An exhibition featuring the original posters will take place from today, february 28, 2014 to March 16, 2014 in AL 1F MAIN SPACE in Tokyo. For More details visit the official site: http://goo.gl/kqJTkz 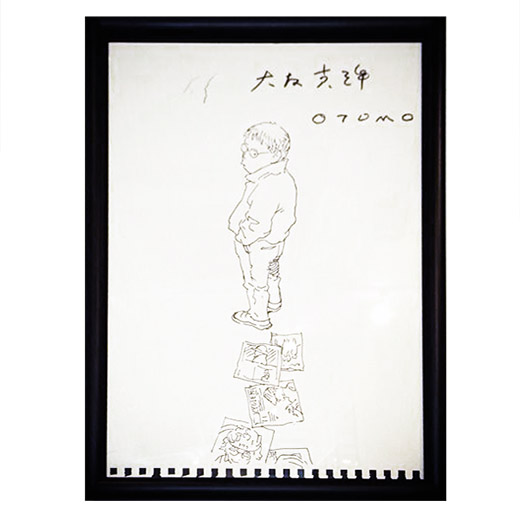 Katsuhiro Otomo signature drawing for the Posters exhibition organized for the the launch of the book "POSTERS OTOMO KATSUHIRO × GRAPHIC DESIGN " by PIEInternational. The drawing was exhibited with the posters and is reproduced in the book as well.
Signature

To celebrate the launch by PIE International of the book "POSTERS OTOMO KATSUHIRO × GRAPHIC DESIGN " an exhibition of the original posters featured in the book will take place in the AL 1F MAIN SPACE in Tokyo from February 28, 2014 to March 16, 2014. 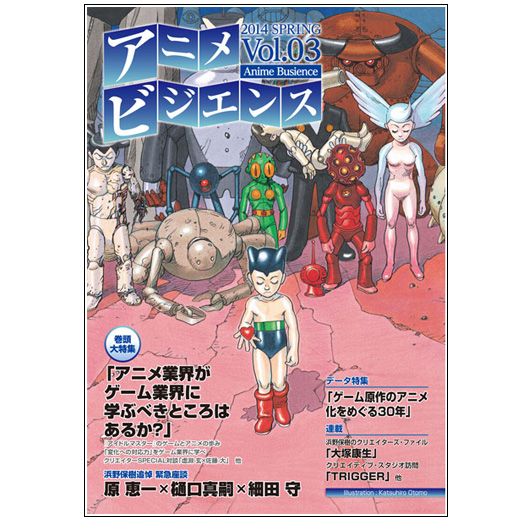 
Katsuhiro Otomo was honored with the Winsor McCay Award for career achievement at the Annie Awards that took place this saturday in Los Angeles.

Introduction by Charles Salomon
More than any otehr film, katsuhiro Otomo's AKIRA created an audience for anime in America. An although Otomo sensei's work is usually associated with it's dark despotic vision, his work spans variety of design styles, subjects and moods. An rangers from the charming of the SOS Tokyo metro explores to the lavish victoriam steampunk adventure, Steamboy, the action comedy Roujin Z and Combustible that evoques the look of antique block prints. In Honoring otomo sensei we join with the Japanese government , who awarded him with the medla of purple ribbon and the french government who ordered him with the chevaliere of letters.

Otomo's words:
Thank you very much, my name is Otomo. I'm so used to work by myself in front of my desk so it just makes me so nervous to stand in front of such a big crowd of people so i just want this to finish as quickly as possible. When I was inform of this award, I was like did I do something special? Because I don't really watch any of my shows a lot, but I guess when i go back to Japan after this I guess I will go back and watch some of them. I will continue to make more shows and I'm sure this award is going to work as a great motivation in making more great shows. Thank you very much.


Katsuhiro Otomo was honored with the Winsor McCay Award for career achievement at the Annie Awards that took place this saturday in Los Angeles. Here some quotes by Katsuhiro Otomo as published on Los Angeles Times by Charles Solomon

On his work:
"The truth is, I don't read or watch my own creations, when I'm creating something, I'm 100% immersed in that universe, so when I'm finished, I'm ready to journey to a different world. Once a work is completed, it belongs to the readers and viewers."

On the award:
"I'm honored to receive such a fabulous award but I don't think about awards when I'm working."

On his beginning years:
"When I was in high school, I had a vague idea of wanting to become a manga artist or a movie director, having grown up in the countryside, I had no idea how to enter such an occupation. But I knew that to begin, I had to move to Tokyo."

On his approach to movie making:
"I don't try to make my viewers or readers like something, I think my works that receive praise show exactly that. They're pieces I thought were intriguing — I was fully alive in those worlds. I don't know exactly what the Japanese audience — or another country's audience — is feeling, but I don't believe that everyone who goes to movies goes to see a happy ending every time. If everyone was happy, movies and entertainment would be unnecessary."

On his  involvement in the adaptation of AKIRA to a live action film:
"I illustrated the manga then directed the animated film: I will not be involved a third time."

On making live action pictures:
"I would love to make live-action films, but have not had many opportunities. I'd have to start by finding trustworthy staff, which is very difficult. But I will do it. I'm thinking of making a live-action film next."