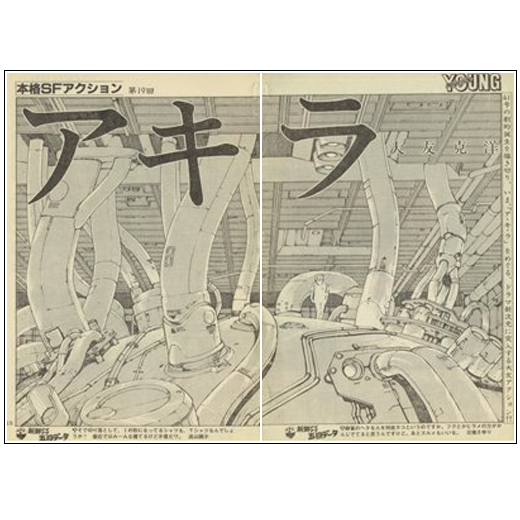 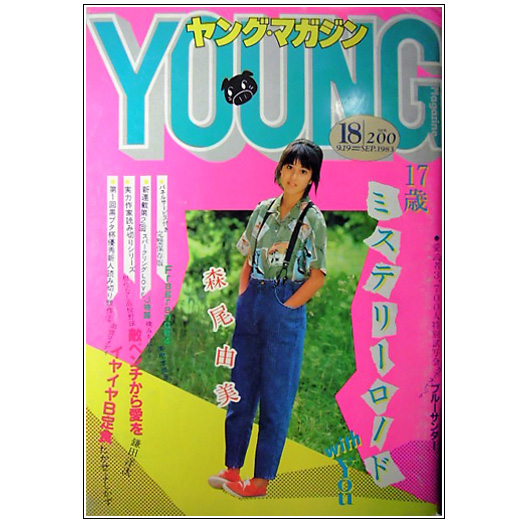 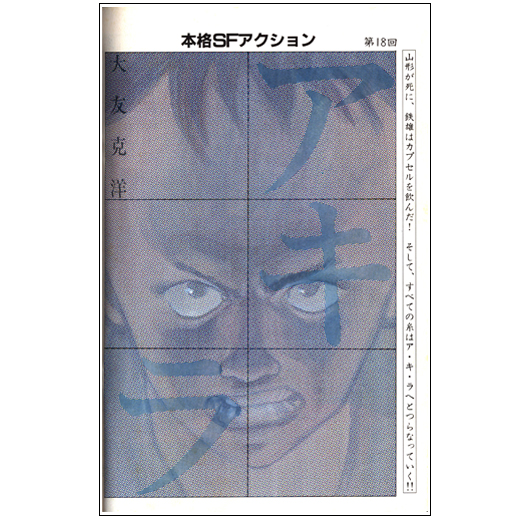 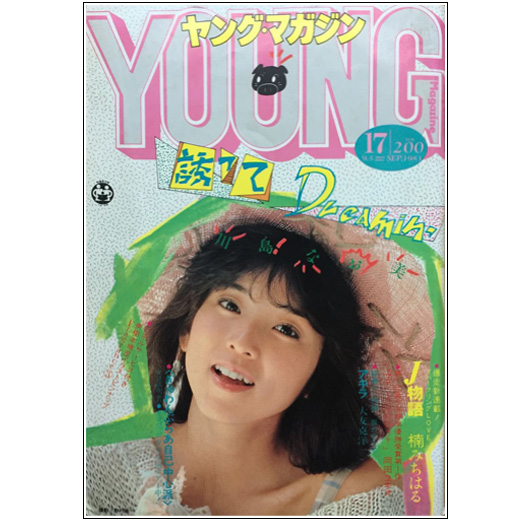 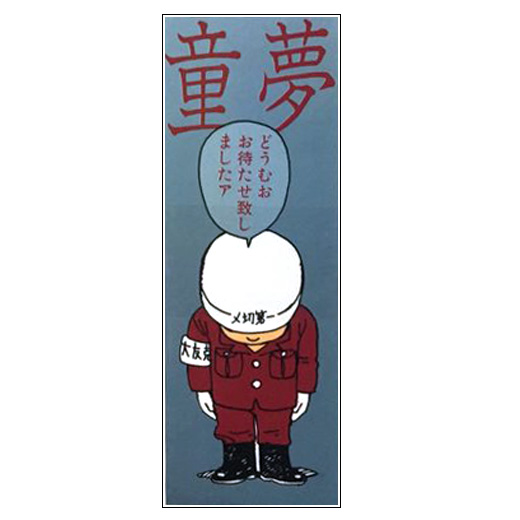 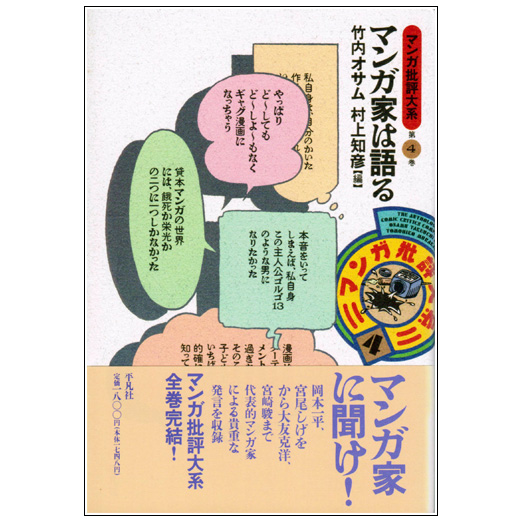 
●It must be a whole three years or so now since Domu first appeared in Action Deuxe.
That's right. It makes me shudder to see how much the drawing has changed since those first instalments. But all the sketching was completed by last year.
●Why did you have an incomplete "final chapter" appear in Super Fiction the year before last, then decide not to publish the rest in a magazine but suddenty as a tankobon instead?
When Deluxe was no more, and Domu appeared In Super Fiction. I thought that as the story was about to take a spectacular turn, there seemed no point continuing to publish it in Super Fiction. And because it cut off at a fairly climactic juncture, I thought what the heck. At the time I assumed there'd be about another hundred pages to draw, and I thought it'd be cool to draw for the book alone and put It out.
●In the end, the extra pages totalled about eighty?
Well, not quite. I took apart and reworked the last chapter. So it was like I was redrawing from the last part published in Superfiction. I also altered a little of it before that. Because page restrictions meant there were parts I wanted to do a bit more dramatically that I wasn't able to. But basically, not much was changed. The pictures in the tankobon are very different, even the number of the screen tone I used.
●Was the story all decided from the start?
Most of it was decided from the beginning. Some things I decided later, like making Cho-san's face a double-page spread, but by and large the story unfolded as I initially thought.
●How many pages did you initially plan to draw?
Deluxe asked me to do fifty pages, and once I started I realized it wouldn't be finished in fifty, but reading over it, it struck me that nor did this really feel like a full-length story. I spent a lot of time on it so it felt incredibly long to me, but reading it I realized was about mid-length. I started drawing with a target of about fifty pages, and that expanded to what it became, which isn't that long.
●The way it finishes is typical Katsuhiro Otomo...understated (laughs). As a reader I was intrigued to seehow you'd end it...
I was first inspired to do Domu by a sort of silent battle between two powerful characters in a short story by Algernon Blackwood. As that was where I got the Idea. While things got rather more lurid, the aim was to end it quietly in similar fashion. Along the way though I started to enjoy killing people, and kept knocking off one after that other. Take the part where Yotchan kills Yoshikawa: I definitely got carried away with that. having her rip him apart across a whole page. Then it suddenly struck me that I was going seriously overboard, so I deleted a lot of it. This is why it expanded so much. Plus the drawing is quite cinematic, wouldn't you say? I think that's why it grew so long. It was around this time my desire to make movies was born. That's why I wanted to experiment with drawing as if r were linking different cuts together. Although Domu was finished in my own head a long time before that. The story was done from the start, the sketches done last year it felt like it was finished.
●Word has It that you wrote the plot for AKIRA on two pages of a university notebook, and it's still onJy quarter of the way through...
I have a memo, and I'd say a quarter of it is now completed. Initially my intention was about six months, with Domu done in around fifty pages, which then turned into about 230 pages, so I thought I'd put Akira out as a single tankobon, so that's eighteen fortnightly instalments. I guess it won't be finished by the end of the year.
●You're working exclusively on AKIRA right now: is there anything else you want to draw, any plans for short stories etc.?
There are certainly things I'd like to do, but I have to be sure to get Akira just right. because the aim is to produce something of a fixed, reliable quality for mass circulation.
●This Is your first proper full-length serial isn't it?
When I had about a year when I wasn't drawing manga, I pondered various options, and it occurred to me that perhaps I ought to make use of the magazine serial format for what it had to offer. Really a weekly serial would've been fine, although exhausting. I wanted to have a go at creating that excitement of wondering from week to week what will happen in the story. And maintain the quality along the way. With Akira I've vowed to stop sweating over whether I'm going to get there, and just work with that in mind. I got a letter, you know. It said, "You've done over ten episodes of this, are you sure you don't have a fever?"(laughs) But I imagine it must be interesting if you decide to utilize that. Ordinary folks probably just take that for granted. Think It's only natural you can produce a serial.
Comments talks & interviews Tomohiko Murakami