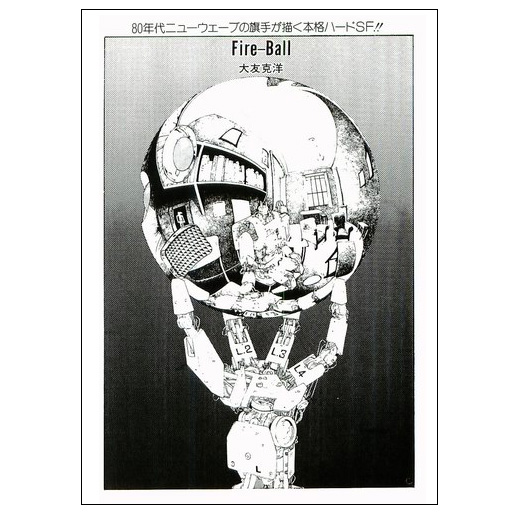 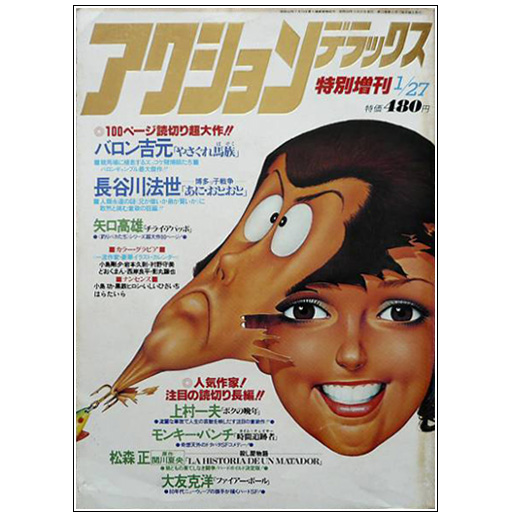 Prior to this, I had written a humorous story called "After the Dew", so I was asked to write another one for a new magazine called Action Deluxe. I have guilty memories of failing to tell them that I only wanted to write SF. This was the era of such children's comics as Dousei Jidai and Jukyoden, and I wanted to do something different, so I persuaded my editor to let me write a hardcore SF story, and this is the result. Of course, I ran over the deadline, and it was published without the final two plate [p. 226, 227 and 228 of this present book]. The story grew as I was writting it. In fact, after about 20 pages, I just decided that I'd had enough. Originally, it was going to be a much more simpler story about a group of freedom fighters going to destroy the Director's evil computer, but en route it became a tale about psychic superpowers. I came up with the title, "Fireball", last of all.
The ending was going to be a battle between the heat of the psychic superman and the cold of the com­puter whilst the temperature rose around them, and then the computer would analyse the secret of the psychic's power and turn it against him, whereupon the younger brother, who said he didn't have the power, woud manifest it after all. That outline is what I wrote, but its meaning is very obscure, so I redrew the scene where they combine their powers to overcome the computer, and the last scene was one in which the two heroes, looking down on the Earth from outer space, talk over old times. Once I had written that far, I felt satisfied, so that's what I drew. And that's the reason it's never been included in a collection until now.
Because it was incomplete, I always wanted to rewrite it, but never got around it, somehow... I think, once I rewrote the ending, I would feel compelled to write the wole thing, and rather than rehash old material, I always want to be involved in doing something new. Plus, by this time, I was writing Akira. I figured that what I had wanted to do with Fireball, I would do with Akira. The idea of Domu came while I was writing this, too. I was in the middle of my work when I suddenly thought, "Can't I do anything more interesting than this?", and thus the story was born. The next step on from SF is Horror. In thinking that Fireball, once written, might not be acceptable, I sought advice and opinions from other manga professionals. The editor of Manga Action told me "I don't care what you do next", so I decided, "Right ! Domu !"
Manga Action's manager, Mr Kawasoe, was really good to me round about this time. Of course, in order not to miss the deadline for this piece, I ended up seeing in the New Year all on my own from my apartment in Kichijouji with only my record player for company, as I didn't dare switch on the radio, and gradually I forgot about the outside world. Even so, Mr Kawasoe felt sorry for me all cooped up over New Year, so he brought me round some sushi, and on New Year's morning, suggested that we go out to eat. Somehow or other, I remember we ended up going to see the clear blue sea to welcome the first day of the year...
1973-... 'One Shots' Action Deluxe Futabasha Magazines Manga Otomo Katsuhiro Anthology 1 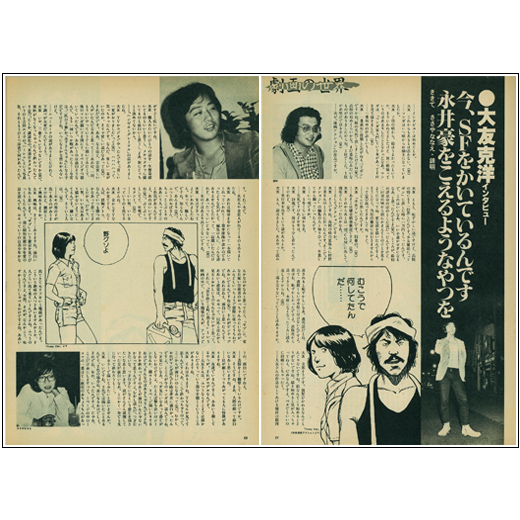