Katsuhiro Otomo and the rest of the directors involved in the SHORT PEACE omnibus project have attended the press conference that took place in Japan before the release of the film.
2013 - SHORT PEACE Comments talks & interviews Events 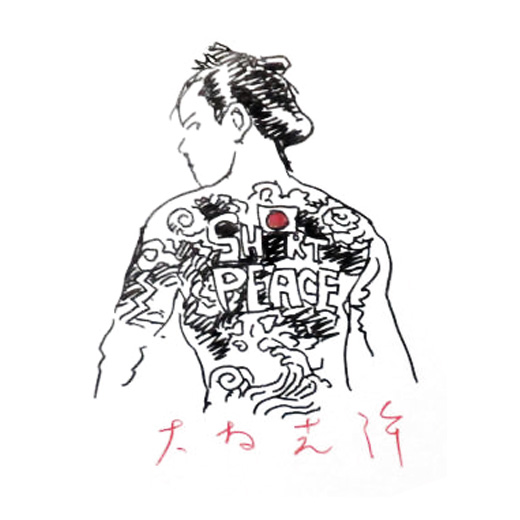 Katsuhiro Otomo made this signature drawing in the press conference announcing the production of SHORT PEACE, the omnibus project where he collaborated with various renown Japanese animation directors. 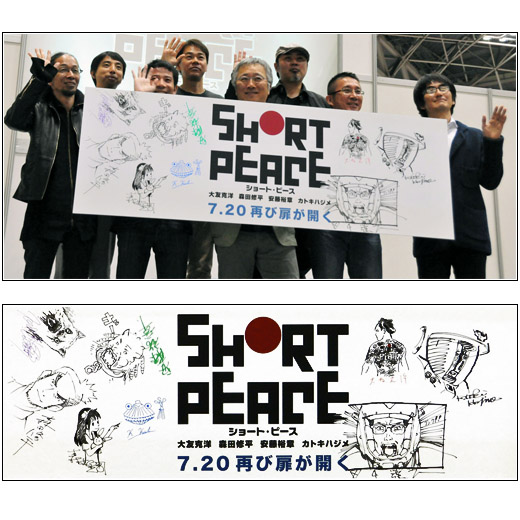 Short Peace trailer has been released. Four short films and an opening sequence directed by five directors will be included in this SHORT PEACE project coming to theaters on July 20, 2013. Here a list of the directors and their works.