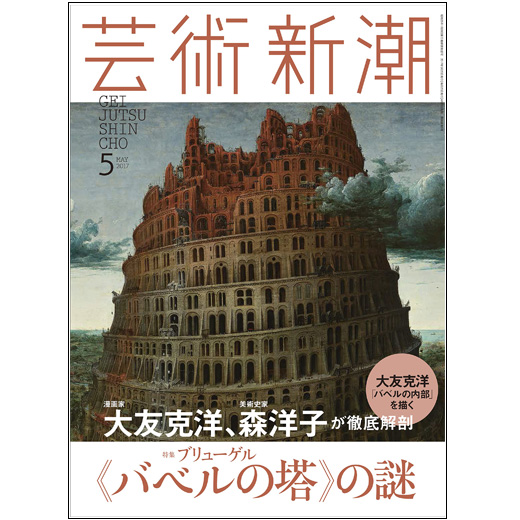 This May issue of Geijutsu Shincho (芸術新潮) magazine features a exclusive report on the production process of Katsuhiro Otomo's last illustration "INSIDE BABEL" created for the exhibition BABEL that opened it's doors last week in the Tokyo Metropolitan Art Museum (東京都美術館). Along with articles and talks with art historian Yoko Mori (森洋子) this issue covers various historical aspects of Brueghels painting as well as Otomo's new approach, his tour to Netherlands and the challenges of the process. 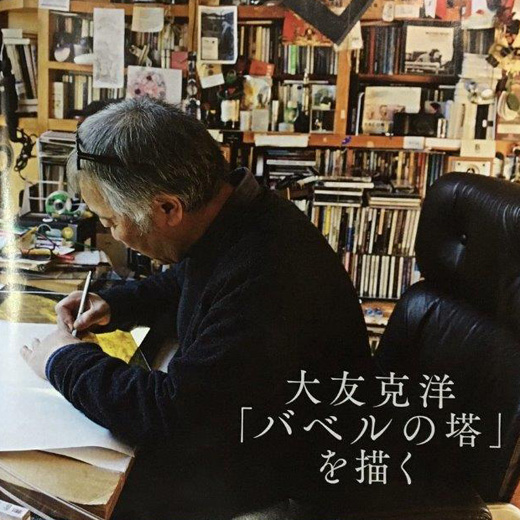 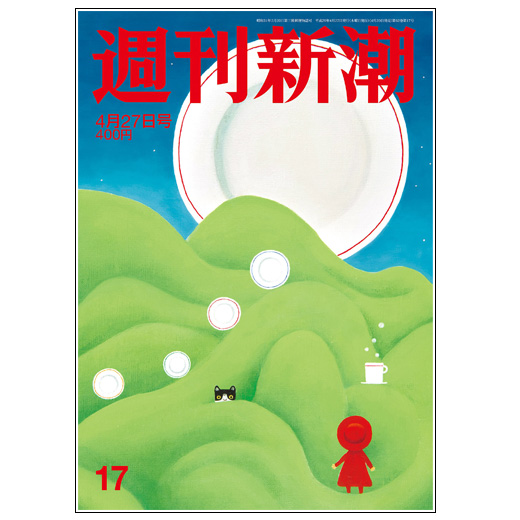 ●EVENT● 'THE TOWER OF BABEL' EXHIBITION 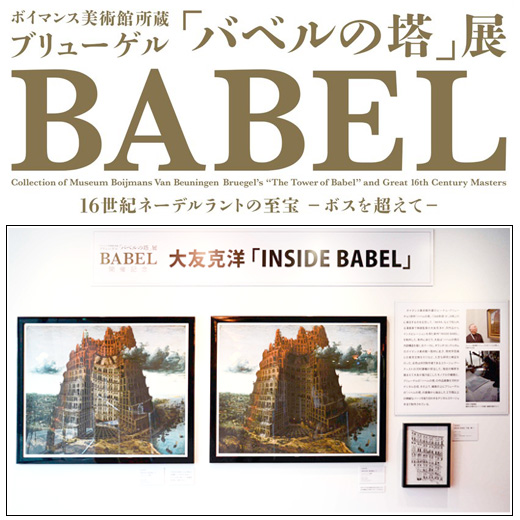 Today opened its doors the exhibition "The Tower of Babel" and the 16th masters - Beyond the Boss (ボイマンス美術館所蔵 ブリューゲル「バベルの塔」展 16世紀ネーデルラントの至宝 ― ボスを超えて ―)  in the Tokyo Metropolitan Art Museum (東京都美術館) and will be opened to public until July 2, 2017.
Official website: http://babel2017.jp 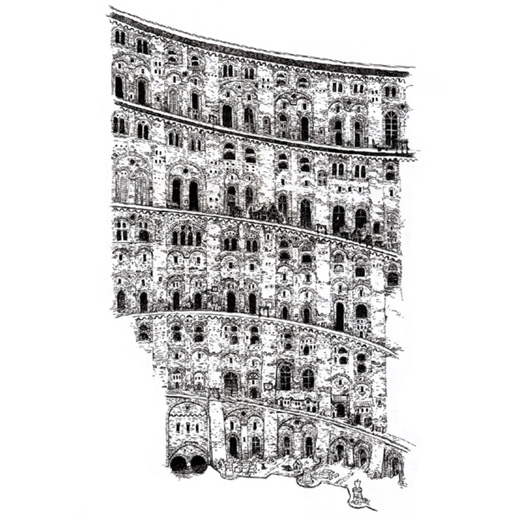 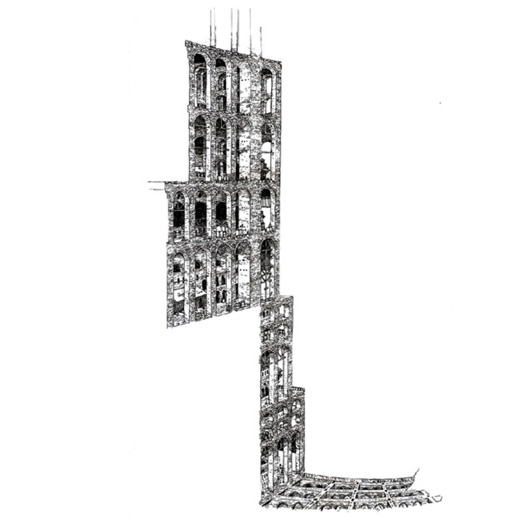 Katsuhiro Otomo's INSIDE BABEL collaborative reinterpretation of the classic painting THE TOWER OF BABEL painted by Pieter Brueghel will be on display in the entrance. Otomo's work is a cross-section of the tower imagining how it would be from the inside. Two versions of the digital illustration are presented in the exhibition, one respecting the overall mood of the painting and the other one enhancing the cut-out section to highlight  the interior for better appreciation of details. 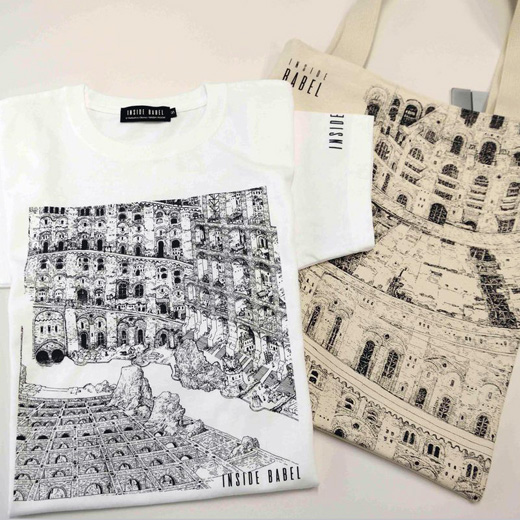 Otomo's hand drawn work-in-progress illustrations are  also on display at the exhibition. Both the digital painting and the hand drawn illustrations reproduction, as well as t-shirts (¥2.800) and tote bags (¥4.500) will be available at the museum store during the exhibition period and online at the Asahi Store. 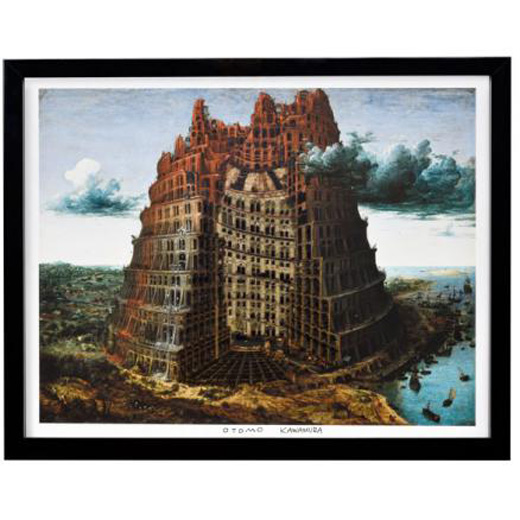 A limited to 150 signature edition of the illustration signed by Katsuhiro Otomo and Kosuke Kawamura is also available in the Asahi Store with a retail price of ¥85,000.
Events Inside Babel Pieter Brueghel Tokyo Metropolitan Art Museum 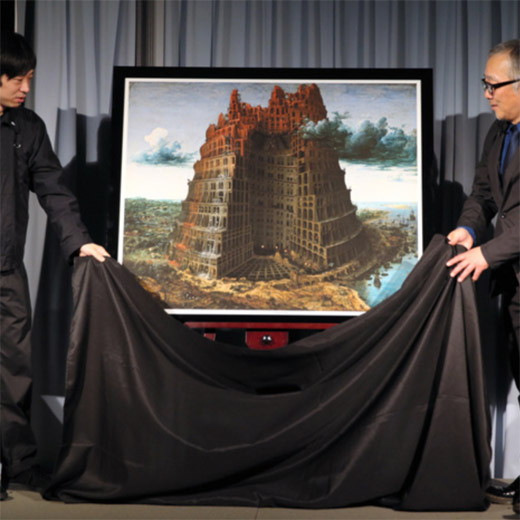 Katsuhiro Otomo and Kosuke Kawamura unveiled today to the media their last collaboration INSIDE BABEL. Asahi Shinbun covers the news with a video of the press conference and a sneak peak inside Otomo's studio.
Comments talks & interviews Events Inside Babel Kosuke Kawamura 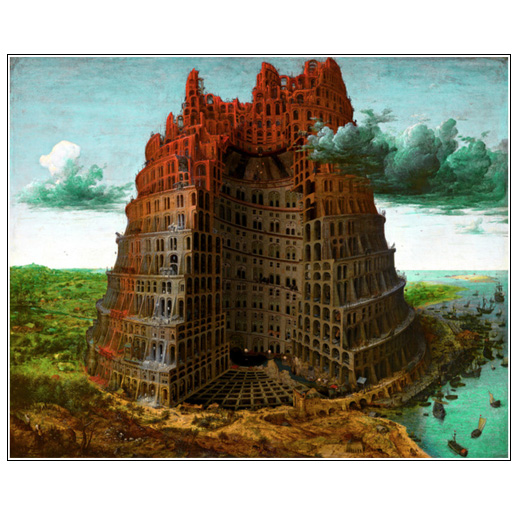