②Combustible, is an animation short film directed by Katsuhiro Otomo as part of the SHORT PEACE movie released on July 2013. www.shortpeace-movie.com

⑤Yoshiaki Kawajiri (川尻 善昭) born November 18, 1950 is a critically acclaimed writer and director of Japanese animation. He is the creator of titles such as Wicked City, Ninja Scroll, and Vampire Hunter D: Bloodlust.

⑥Akira. The seminal manga an Animation movie by Katsuhiro otomo

⑦Steamboy is a animation movie directed by katsuhiro Otomo reelased in 2004.

⑧Looper is a live action movie directed by Rian Jhonson released in 2012.

⑨Freedom is an Original Video animation in wich Otomo colaborated as Character and mechanical designer.

⑩Moebius. Jean Henri Gaston Giraud (8 May 1938 – 10 March 2012) was a French artist, cartoonist, and writer, who worked in the Franco-Belgian bandes dessinées tradition.

⑪Metropolis, Is a 2001 released animation movie directed by Rintaro, based on a manga by Osamu Tezuka an in which Otomo collaborated writing the screenplay.

⑫Gigantor. is the American name given to Tetsujin 28 (鉄人28号) by Mitsuteru Yokoyama (横山 光輝). A manga published in Kobunsha's Shōnen Magazine from July 1956 to May 1966 and was later adapted to various anime series in the 60’s, 80’s and the last one in 2004 as well a live action film in 2005. Diverse availability: http://amzn.to/YmHaVd

⑮Emakimono (絵巻物) literally 'picture scroll' often simply called emaki (絵巻), is a horizontal, illustrated narrative form created during the 11th to 16th centuries in Japan. Emaki-mono combines both text and pictures, and is drawn, painted, or stamped on a handscroll. They depict battles, romance, religion, folk tales, and stories of the supernatural world. 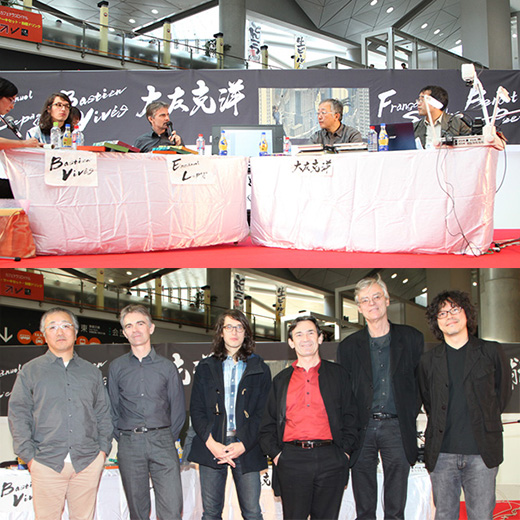 Katsuhiro Otomo has attended to the 2nd edition of the TOKYO INTERNATIONAL COMIC FESTIVAL where he has had a conversation with french authors Emmanuel Lepage and Bastian Vives. 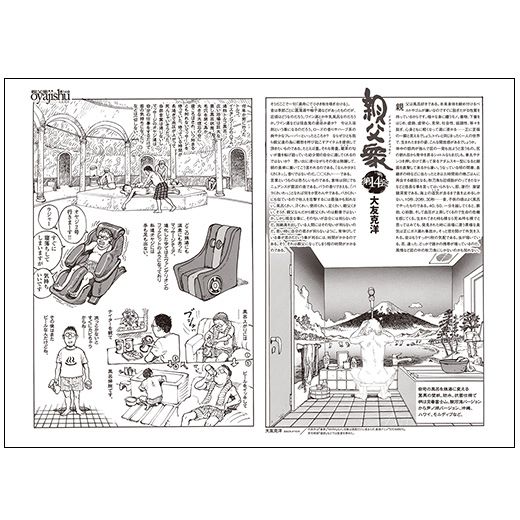 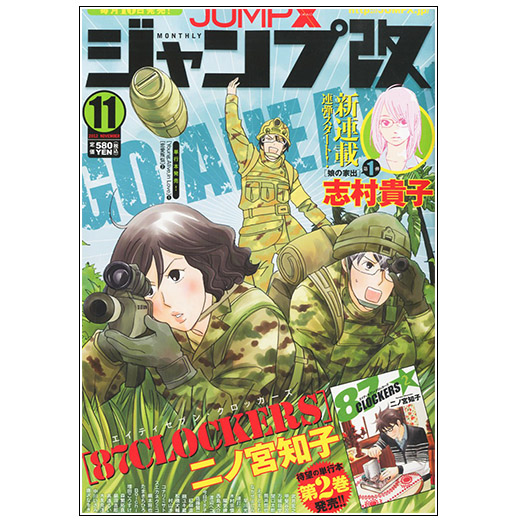 Read it for free in the official Jump X website:
http://jumpx.jp/sp/oyaji/014.html


Hidekazu Ohara's (小原 秀一) STUDIO AROHA has posted a pilot film produced about five years ago of the film KEIKAKU (圭角) in which Katsuhiro Otomo is credited as supervisor. Hidekazu Ohara is the original creator and director. The film never came to realization.
Animation 'Collaboration' Hidekazu Ohara