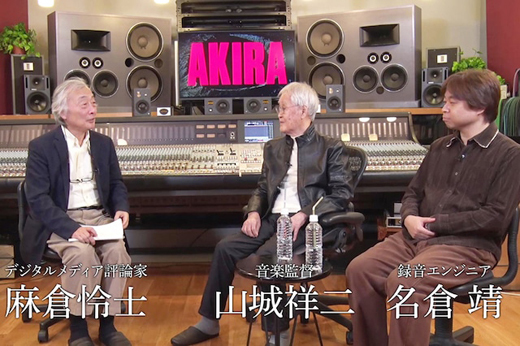 The documentary "AKIRA SOUND MAKING 2019" was broadcasted for the first time on March 28 at 22:00 on the Japanese TV channel TOKYO MX. The long version of this documentary will be included as a bonus in the "AKIRA 4K Remaster Set" due to be released by Bandai Namco next April 24th after the IMAX theatrical run around Japan that starts on April 3rd.