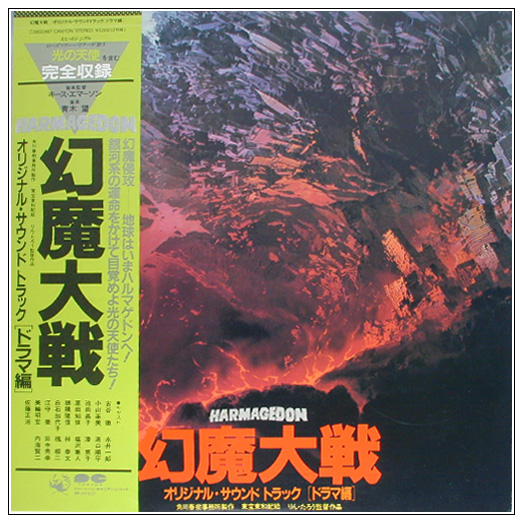 This doble LP contains the soundtrack with dialogue and sound effects of the animation film GENMA TAISEN (幻魔大戦) directed by Rintaro in which Katsuhiro Otomo worked as character designer was released today in LP format. This OST was composed by Nozomu Aoki (青木 望) and Keith Emerson and 'Children of the light' vocals performed by Rosemary Butler.

OTHER EDITIONS
This LP was re-released as CD in 1999.
●GENMA TAISEN Original Soundtrack DRAMA-HEN (幻魔大戦 オリジナル・サウンドトラック《ドラマ編》)