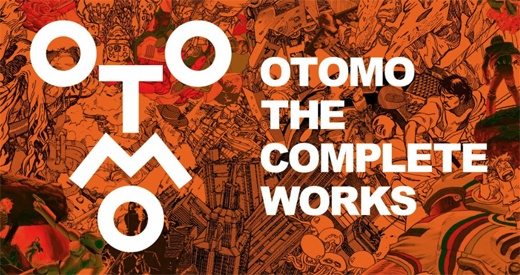 It has been announced  in OTOMO-COMPLETE official website that the fourth batch of OTOMO THE COMPLETE WORKS will only consist in Volume 23 ANIMATION AKIRA LAYOUTS AND KEYFRAMES 1 and the previously announced Volume 5 FIRE-BALL will be published in the near future. The increase in the number of pages of the Vol.23, its full-color printing, and the large amount of cels included in it, have increased the price of the book to ¥7,700  and despite Otomo's efforts to try to convince Kodansha's sales department, they have finally decided that Vol.23 will be released by itself, scheduled to be published on November 30th. Reservations at each bookstore are scheduled to start tomorrow.
■Vol.23: ANIMATION AKIRA LAYOUTS AND KEY FRAMES 1. This will be the first of three books that collects layouts, modified original drawings, and original drawings made by Katsuhiro Otomo for the movie AKIRA, selected by him from his personal collection.
Available in Amazon Japan: https://amzn.to/3WV7PJ4
Despite the delays on the publication dates of OTOMO THE COMPLETE WORKS, the number of volumes to be released in the first season hasn't change and will still consist on 11 volumes. Stay tuned to @otomo_zenshu official twitter account where Otomo himself answers questions of fans from time to time.
TWITTER Q&A by OTOMO (October 11, 2022)
■Volume 23 ANIMATION AKIRA LAYOUTS AND KEYFRAMES 1 is the highlight of the first season. I have carefully selected the layouts that I currently have in my possession, and also include cels that I had on hand. This is the first and last time that AKIRA layouts will be published in a book. Please don't make a T-shirt out of the pictures in this book.
■It's a gorgeous book, so I wanted to increase the number of copies and make it cheaper, but Kodansha's sales department wouldn't listen to me.

■I'm thinking of a sales method that won't cause tears for local people and those who can't buy it even if they line up locally. Let's eradicate resellers.

■We make T-shirts and hoodies, but what else would you like?

■Masking tape is OK!
TWITTER Q&A by OTOMO (August 28~30, 2022)
■(Regarding comics he read recently) CHAOS GAME (カオスゲーム) serialized in Afternoon Magazine. I'm hoping that it won't be a boring manga that continues forever.
■(Regarding if he considers a sequel to AKIRA) No.
■(On his favorite drink and how to drink it) It's actually Japanese sake, but I can't drink it for health reasons. Warm it up and have a cup of oden.
■(Regarding his favorite Moebius work) Le Garage Hermétique de Jerry Cornelius
■(On his favorite music this days) It's 'Imploding the Mirage' by The Killers. I bought the jacket, and the songs were good.
■(On his favorite watch) It's an IWC Portugieser.
■(On how to make thin lines with a G-pen) Try with a round pen.
■ (Regarding his opinion on studying in a university) School doesn't teach you anything. What I want to learn is written in a book somewhere, so I buy it at a bookstore.
■(On the recent passing of film director Takashi Ishii (石井隆)) I think he was a senior in many ways in my life. RIP.
■(Regarding if he eats sweets while working) I buy sugar-free chocolates next to Seiyu's cash register.
■(On his favorite French movie) Philippe de Broca's LES CAPRICES DE MARIE.
■(On his favorite oden ingredients) Shirataki and Gummo. And soup.
■(Regarding the use he gives to the pen holder Jean Giraud 'Moebius' gave to him) This is not allowed. I have kept it safe.
■(Regarding a YouTube channel that he regularly watches) "Elden Ring Yuneko Channel". This Kansai dialect is healing.
■(A recommended curry shop) COCO Ichi's spicy curry.
■(On how to draw in a way that conveys to others) Take a step back and try to draw things.
■(regarding the release of AKIRA official merchandise) When I put out something official, the offers come one after another, and is tiresome.
■(On manga artist that are amazing or frustrating) There are many.
■(On how he discovered Moebius' work) I think it was in the Japanese version of Starlog magazine.
Announcements Comments talks & interviews The Complete Works