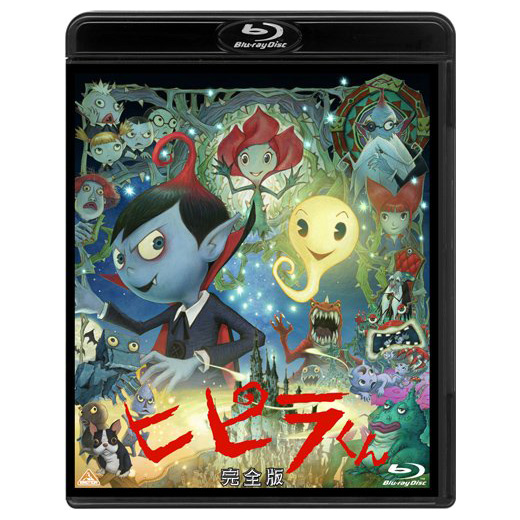 Bandai has released in Blu-Ray all the Hipirakun (ヒピラくん) episodes and a never before aired new episode number 13. Hipirakun is a TV animation series of five minute long episodes directed by Shinji Kimura (木村 真二) based on the tale illustrated by himself upon a original story by Katsuhiro Otomo that was released as a book in 2002 and was originally published  NeNe (ねーねー) magazine between 2001 and 2002. And later collected in the book HIPIRA KUN (ヒピラくん). The book is included in as a still gallery in this disc.