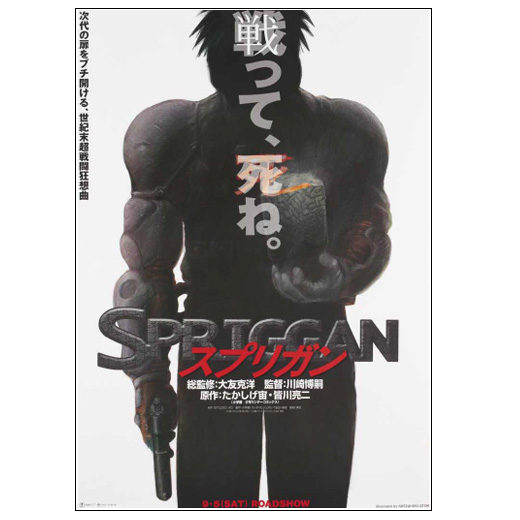 SPRIGGAN (スプリガン) was released today in Japanese theaters. Katsuhiro Otomo has been in charge of the Screen Story Structure and the design of Noah's Ark in this last animation film directed by Hirotsugu Kawasaki (川崎博嗣). The movie is based on a homonym manga written by Hiroshi Takashige (たかしげ 宙) and illustrated by Ryōji Minagawa (皆川 亮二) that was published by SHOGAKUKAN (小学館) in Japan from 1989 to 1996. The films promotional poster was illustrated by Otomo himself and the illustration is included in the page 35 of his artbook KABA2.